Round and round the rugged rock the ragged rascal ran

I saw a saw that could out saw any other saw I ever saw.

She sells seashells by the seashore

How can a clam cram in a clean cream can?

The thirty-three thieves thought that they thrilled the throne throughout Thursday.

I saw Susie sitting in a shoeshine shop

Susie works in a shoeshine shop. Where she shines she sits, and where she sits she shines 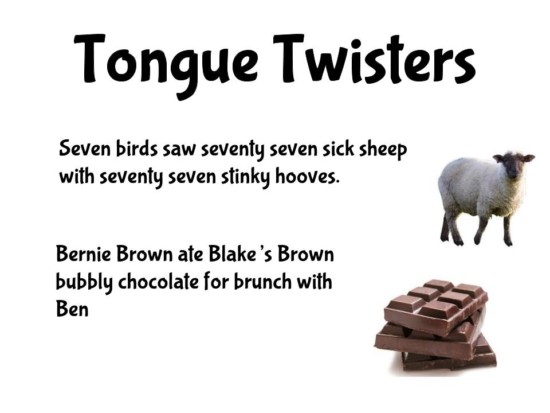 Tin coffee pots and iron coffee pots
They’re no use to me –
If I can’t have a proper cup of coffee
In a proper copper coffee pot
I’ll have a cup of tea.

Something in a thirty-acre thermal thicket of thorns and thistles thumped and thundered threatening the three-D thoughts of Matthew the thug – although, theatrically, it was only the thirteen-thousand thistles and thorns through the underneath of his thigh that the thirty year old thug thought of that morning.

I have got a date at a quarter to eight; I’ll see you at the gate, so don’t be late.

If a black bug bleeds black blood, what color blood does a blue bug bleed? 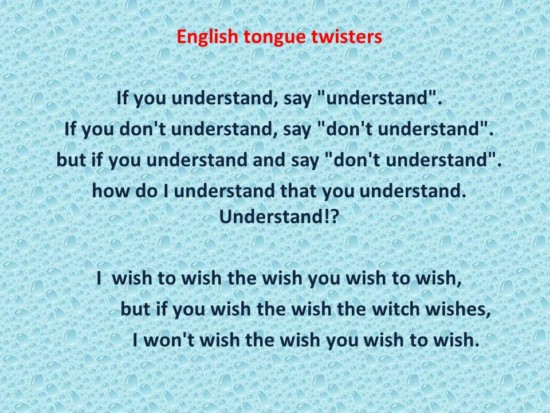 Round the rugged rocks the ragged rascals ran.

I have got a date at a quarter to eight; I’ll see you at the gate, so don’t be late

I saw a kitten eating chicken in the kitchen

If a dog chews shoes, whose shoes does he choose?

I thought I thought of thinking of thanking you

Amidst the mists and coldest frosts,
With stoutest wrists and loudest boasts,
He thrusts his fists against the posts,
And still insists he sees the ghosts. 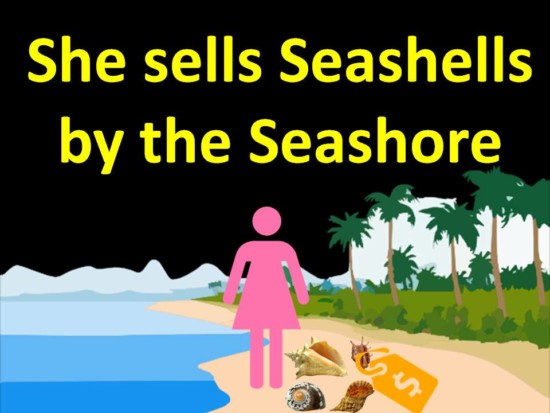 A loyal warrior will rarely worry why we rule

A pessemistic pest exists amidst us.

Which witch switched the Swiss wristwatches?

She sells seashells by the seashore. 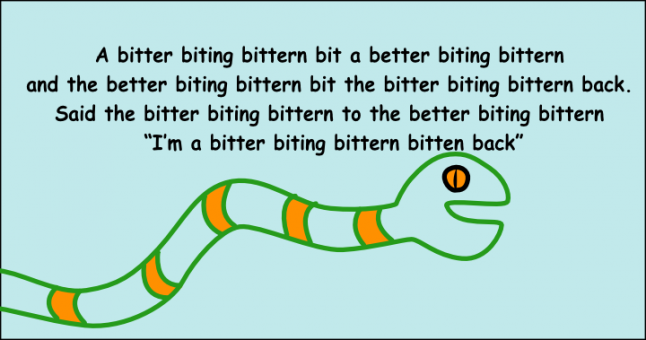 If two witches were watching two watches: which witch would watch which watch?

What a to do to die today
At a minute or two to two
A thing distinctly hard to say
And harder still to do. 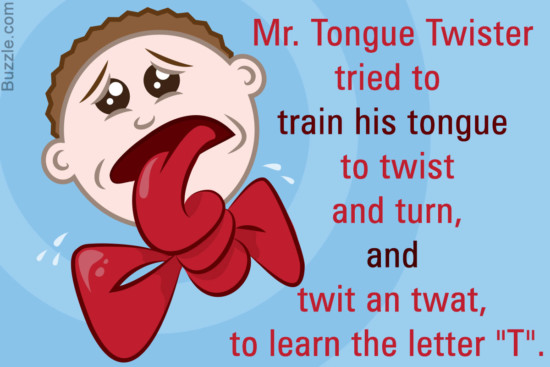 There was a fisherman named Fisher
who fished for some fish in a fissure.
Till a fish with a grin,
pulled the fisherman in.
Now they’re fishing the fissure for Fisher. 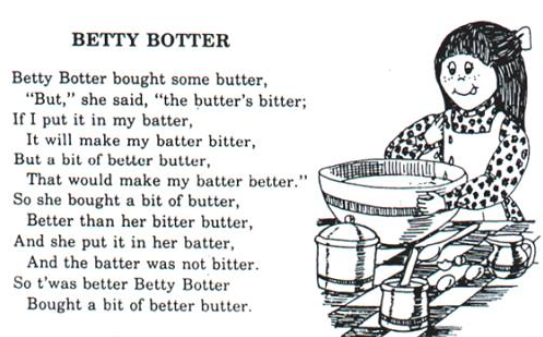